Adriana, Franco and Marina Casagrande Prize for the best performance of a work by A. Casagrande: ELIA CECINO

Audience Award for the Final with Orchestra: EMANUIL IVANOV

Boom of entries at the prestigious international piano award: 117 young promises, coming from 20 countries, aspire to the title that in the past has been awarded to virtuosi who are today  top concert pianists. At most 28 of them will be admitted to the final tests, scheduled next May in Terni, Italy.

Beyond all expectation, no fewer than 117 submissions were received to participate in the 31st edition of the "Alessandro Casagrande" International Piano Competition in Terni, Italy. The candidates for the prestigious title, which in the past has been assigned to pianists such as Ivo Pogorolich or Alexander Lonquich, come from twenty different countries: Albania, Armenia, Brazil, Bulgaria, Canada, China, Korea, Croatia, France, Georgia, Japan, Hong Kong, Israel, Italy, Poland, Russia, Taiwan, Ukraine, Hungary, USA.

The new format provided an online registration and submission of musical performances of the candidates on video, which will now be screened by a first jury, composed of three authoritative pianists, teachers at the "Briccialdi" Music Institute of Terni: Carlo Guaitoli (artistic director of the competition), Angelo Pepicelli and Mariangela Vacatello.

A maximum of 28 pianists will be selected and admitted to the final stages, which will take place from 19 to 25 May 2019 in Terni and will involve an international jury formed by Guaitoli himself, by Julian Martin (president), Christian Debrus, Manana Doijashvili , Alexey Lebedev, Andrea Lucchesini and Graham Scott.

For the winners: a prize money of 35 thousand euros, a concert tour and above all a recognition that in its glorious history has proven to be able to launch the best young promises in the Olympus of top concert pianists.

A few days, until October 31th 2018, to register for the "Alessandro Casagrande" International Piano Competition 2019. The great musical challenge is about to begin!

A prestigious international jury will select and award the new talents: for them a prize of 35,000 euros and a tour of concerts. 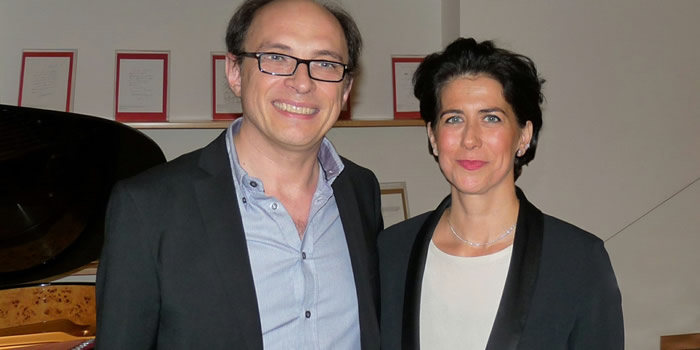 The 31st edition of the historic international award that boasts true icons of music in its Hall of Fame is gearing up.

Online registrations are in progress (expiring on 31st October 2018), the pre-selections will be in November and the final rounds in Terni, Italy, from May 19th to 25th, 2019.

A prestigious international jury will select and award the new talents: for them a prize of 35,000 euros and a tour of concerts.

The 31st edition of the International Piano Competition “Alessandro Casagrande” held in Terni, Italy, is gearing up.Named after the pianist and composer of Terni, born in 1922 and prematurely passed away at the age of 42, the historic competition in the past has awarded young talents who are top concert pianists today,  such as Ivo Pogorelich, Alexander Lonquich, Boris Petrushansky, Roberto Prosseda, Giuseppe Andaloro, Herbert Schuch , and many other international music icons.

The 31st edition of the historic international award, that in the past has graduated young talents who are top concert pianists today, such as Ivo Pogorelich, Alexander Lonquich and Boris Petrushansky, is about to start.
The artistic director Carlo Guaitoli announces a new selection format, a prize money of 35,000 euros and a tour of concerts for the winners.
Elena and Michele Benucci, at the helm of the Foundation, underline the desire to keep alive the memory and commitment of Adriana Morelli Casagrande and Maria Tedesco Casagrande. The pre-selections will take place in November 2018, the final tests from 19 to 25 May 2019.
Click here to download the press release

THE COMPETITION IS A MEMBER OF THE
Alink-Argerich Foundation